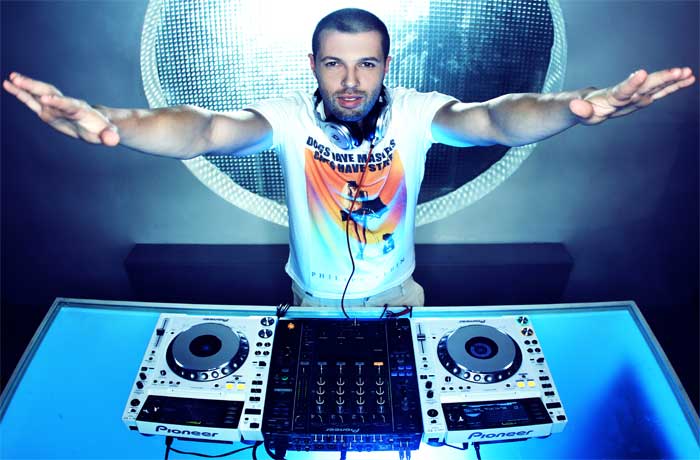 His professional career started in 1997 at Olympia club. In 2000 DJ Doncho became a resident DJ at the biggest open air club Aliby in Sofia.

In the summer of 2002 DJ Doncho performed at the two of the biggest electronic events – Street Parade and Samsara Beach party. The same year he was also one of the main DJs at popular clubs like Chervilo & Soho. He played gigs at Bedrrom&Mania (Sunny Beach), Plazma (Plovdiv),

From the summer of 2003 DJ Doncho became a resident DJ at the trendiest house club in Sofia – Chervilo.

In 2008 he won the SeeMe (the biggest music conference in Southeastern Europe) award for the best house DJ. The same year he played with Groove Armada on the greatest summer festival Spirit of Bourgas.

In 2009 DJ Doncho performed a special show for the opening of the first Originals Adidas store in Sofia.

After the great success of the summer Heineken Tour parties, in the end of 2010 Doncho released a joint single with Alexandra Raeva “Revelation”. The track was included in a CD compilation made by DJ Doncho especially for the Heineken Star World Tour.

DJ Doncho is alleged to be Bulgaria’s most popular DJ with a high degree in club music production and more than 10 years hard work to prove it.

His sets are influenced by different music styles such as alternative, hip-hop, house and this contributed a lot to his professional way of mixing disco, funky, groove and progressive house music. For this very reason now he’s one of the leading DJs on the Bulgarian club scene and he’s extremely well accepted by the audience.
He performs at every Metropolis event- the biggest promoter of dance music and related parties, gigs and raves in Bulgaria for more than ten years. Doncho has also made a great number of remixes for famous Bulgarian pop singers.